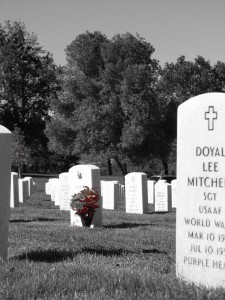 The Internal Revenue Service, or I.R.S., recently announced the 2016 gift and estate tax exemption figures. If you are planning to create or update an estate plan in the near future these figures will be crucial to your plan as they have a direct influence on lifetime gift giving as well as how best to structure your estate plan to avoid, or at least decrease, federal gift and estate taxation upon your death.

When you die your estate will most likely need to pass through the probate process. During probate, all assets owned by you, or in which you had an interest at the time of death, must be identified and valued. The sum total of those assets, combined with the sum total of all lifetime gifts made by you, is then potentially subject to federal gift and estate taxation.

ATRA also made the concept of “portability” permanent. Portability refers to the ability of a surviving spouse to make use of the unused portion of a deceased spouse’s lifetime exemption. Using the 2016 figures, portability works like this:

Both you and your spouse are entitled to an exemption of $5.45 million. That means a married couple could exempt up to $10.9 million in assets. Assume, however, that your spouse predeceases you. At the time of his/her death he/she only needed to use $3 million of the allowable $5.45 million. The remaining $2.45 million will then “port” over to you, increasing your lifetime exemption limit to $7.9 million. ($5.45 + $2.45 = $7.9 million)

Although the lifetime exemption limit will see an increase for 2016, the annual gift tax exclusion will not change. The annual exclusion allows you to make gifts valued at up to $14,000 to as many beneficiaries as you wished.

If you have additional questions or concerns about the lifetime limit for gift and estate tax purposes, contact the experienced New York estate planning attorneys at The Law Offices of Saul Kobrick, P.C. by calling 800-295-1917 to schedule your appointment.