Home » Powers of Attorney » Who Can Act As an Agent under a Power of Attorney? 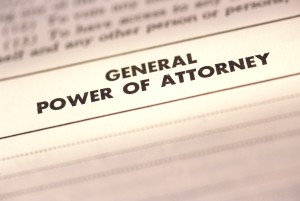 The Agent under a POA can be almost anyone as long as that person is an adult and is capable of understanding the duties and responsibilities that go along with being an Agent. Just because almost anyone can be appointed as an Agent doesn’t mean just anyone should be appointed as an Agent. An Agent can have a significant amount of power under a POA, particularly if the POA is a general POA. A general POA authorizes and Agent to have almost unlimited authority over the assets of the Principal. As such, the Agent can do things such as withdraw funds from the Principal’s bank account, cash in securities, and even sell real property. One of the few things an Agent cannot do in New York with a general POA is make healthcare decisions for the Principal. To make healthcare decisions for someone a different form must be executed. The authority granted in a general POA to an Agent, however, remains extensive. For this reason, care should be taken when appointing an Agent and care should be taken when acting as an Agent once appointed.

If you have additional questions or concerns about creating or using a power of attorney in New York, contact the experienced New York estate planning attorneys at The Law Offices of Kobrick & Moccia by calling 800-295-1917 to schedule your appointment.