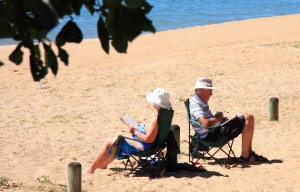 There is a very good chance that you, or someone you love, will suffer from Alzheimer’s disease. You may already know something about the disease; however, you can never know too much about a disease you may one day have to fight. Toward that end, consider the following ten things you should know about Alzheimer’s disease.

— In just a single year, caregivers of Alzheimer patients provided approximately 18 billion hours of unpaid care worth an estimated $218 billion. To put that figure in perspective, it is almost half the net value of all Walmart sales and nearly eight times the net revenue for all McDonalds the previous year.

— Women are statistically much more likely to suffer from Alzheimer’s. In the U.S., almost 2 out of every 3 Alzheimer patients is a woman.

— 1 in every 3 seniors dies suffering from Alzheimer’s disease or another age-related dementia disease.

— In 2015, 5.3 million Americans are suffering from Alzheimer’s. By 2050, experts predict that figure will almost triple to approximately 14 million.

— Alzheimer’s is a dementia related disease that causes problems with memory, behavior, and thinking processes in a victim. Alzheimer’s sufferers account for approximately 60-80 percent of all dementia diseases.

About five percent of all Alzheimer’s sufferers have “early onset Alzheimer’s” which begins to exhibit symptoms in a victim when the victim is in his/her 40s or 50s.

9. Leading cause of death

If you have additional questions or concerns about how to handle the possibility of suffering from Alzheimer’s disease in your estate plan, or what to do if a spouse already has the disease, contact the experienced New York estate planning attorneys at The Law Offices of Kobrick & Moccia by calling 800-295-1917 to schedule your appointment.