Home » Estate Planning » How Can You Ensure Your Assets Remain in the Family after You Are Gone? 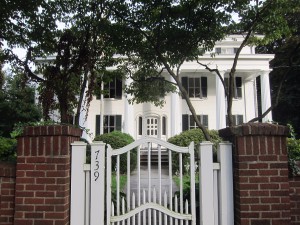 If you have worked hard all your life, saved and invested your money wisely, you undoubtedly want the assets you have amassed to be protected now and in the future. Ultimately, you will likely pass those assets down to children and/or grandchildren. Once an asset is gifted outright to a beneficiary, the asset becomes vulnerable to loss as a result of divorce, creditors, bankruptcy, or spendthrift habits of the beneficiary. With that in mind, how can you ensure your assets remain in the family after you are gone?

The foundation of the average estate plan is a Last Will and Testament. In your Will you have the ability to make direct gifts of estate assets to beneficiaries. The problem with making direct gifts in your Will is that once the beneficiary becomes the legal owner of the asset your ability to control the future of the asset disappears. While you may have considerable faith in a beneficiary’s intentions and financial acumen, the reality is that a number of unplanned events could put gifted assets at risk, for example:

Divorce – although state laws differ, even community property states usually make an exception for inherited assets when determining what count as “marital assets” for purposes of the division of assets in a divorce. The problem, however, is that an inherited asset can easily be “co-mingled”, changing its status from separate property to marital property. The million dollar vacation home in Florida you gave to your daughter could be lost in a divorce simply because your son-in-law paid the property taxes on the home during the course of the marriage.

Creditors – by their very nature, financial problems are not usually anticipated. A creditor could wind up with a judgment against your son, for example, that could end up causing a lien to be attached to that vacation home.

Bankruptcy – if financial problems are severe, a beneficiary could end up in bankruptcy court. At that point, gifted assets could be seized by the bankruptcy Trustee and sold to pay creditors.

Addiction – no one is completely immune when it comes to addiction. Whether it is drugs/alcohol, gambling, or shopping, a beneficiary could wind up with an addiction problem that may eventually lead to squandering an inheritance.

The good news is that with a carefully thought out estate plan you can dramatically reduce the potential for gifted assets to be lost or squandered. Creating a trust agreement is the most commonly used solution. With a trust you have the ability to make assets available to beneficiaries without giving the beneficiary legal ownership in the asset. As long as the trust remains the legal owner of an asset it cannot be lost in a divorce, seized by a bankruptcy Trustee, or squandered by a spendthrift beneficiary.

If you have additional questions or concerns about estate planning, contact the experienced New York estate planning attorneys at The Law Offices of Kobrick & Moccia by calling 800-295-1917 to schedule your appointment.