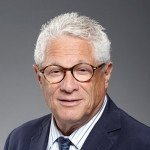 Mr. Kobrick received his Bachelor of Arts degree from Syracuse University, his law degree from Brooklyn Law School and his Masters in Taxation from New York University Law School. He has taught business law at the New York Institute of Finance, which honored him with the Distinguished Achievement Award in Professional Education. Mr. Kobrick also lectures on wills and estate planning and regularly presents public and private seminars on a variety of estate planning topics.

Mr. Kobrick is a lifelong resident of New York, born in Brooklyn, raised in Queens and currently living on Long Island. He is married and the father of two children. During his spare time, Mr. Kobrick enjoys playing golf, dining with friends and spending quiet time at home with his family.