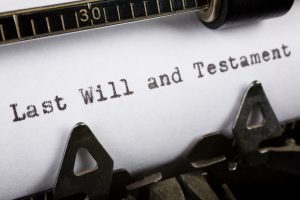 Celebrity deaths often result in larger than life battles over the estates they leave behind. It may, therefore, not be a huge surprise that a court battle has been brewing over the estate of Charles Manson, the notorious mass murderer. As strange as it may seem, Manson’s estate may be worth a considerable amount of money. Consequently, not one, but four different people initially claimed to have the right to inherit Manson’s estate. A court recently narrowed the field down to two contenders for the Manson estate.

Manson was once the leader of a cult known as the “Manson Family.” He became one of the most well-known serial killers of all time after his followers, on his instruction, brutally murdered nine people at four different locations in California back in 1969. He was eventually convicted of first-degree murder and conspiracy to commit murder and sentenced to life in prison, where he died on November 19, 2017.

What Could Manson Possibly Own Worth Fighting Over?

Given the fact that Manson has spent the past several decades in prison, it is logical to wonder what he could possibly own worth fighting over. No sooner had we learned that Manson died in prison though, did we also learn that his body was put on ice as a court battle began over the right to decide what will happen to his remains and his estate. In March, a California court eventually ruled that Jason Freeman, Manson’s purported grandson, was the winner in the battle over the body. The court has yet to rule on who among the four contenders will retain the rights to Manson’s estate.

The obvious question is what could Manson have possibly left behind that anyone would want? It turns out that there is quite a lucrative market for “murderabilia.” Just last year, a Victorian bed frame sold for $14,000 at auction because it was connected to one of the Manson murders. Collectors may be willing to pay top dollar for the few material items he did leave behind, said to include two guitars, his clothing, and artwork. What may really make Manson’s estate valuable, however, are the rights to his music. Prior to becoming a cult leader, Manson was actually a musician. Manson himself claimed to have written over 100 songs, two of which were commercially recorded.

Who Claims to Inherit His Estate?

There are some interesting legal questions surrounding Manson’s estate. There were originally four contenders vying for the rights to his estate. The first, Michael Channels, is an avid collector and was pen pals with Manson for years. Channels claims that Manson executed a Will in 2002 naming Channels as his executor, authorizing his body to be released to Channels, and bequeathing all of this property to Channels. Next is Jason Freeman, who is recognized as Manson’s grandson from one of Manson’s two acknowledged sons, Charles Manson, Jr. (who later changed his name and then committed suicide).  Third in line is Michael Brunner who is thought to be Manson’s son. Brunner was born in 1968 to Manson cult member Mary Brunner. Finally, Matthew Lentz also claims to be Manson’s biological son. Lentz was born in 1968 and raised by adoptive parents. Manson does have another acknowledged son, Charles Luther, who has remained out of the spotlight and is not a party to the litigation.

Even the proper venue for the court battles was originally unclear given that Manson died in a hospital in one county, resided in prison in another county, and had a last voluntary domicile in yet a third county. Ultimately, his last voluntary residence in Los Angeles county prevailed. Both Michael Channels and Matthew Lentz have filed Wills, purportedly executed by Manson, with the Los Angeles court. The Channels Will was allegedly executed in 2002 while the Lentz Will was supposedly executed in 2017. Both Wills name the respective contender as the sole beneficiary of Manson’s estate. If both Wills were to be declared valid, the 2017 Will would prevail as it supersedes the 2002 Will; however, there are potential issues with both Wills so it is possible that neither will be declared valid.

In the event that the court finds neither Will to be valid, the California intestate succession laws would determine how the estate is handled. That means Manson’s estate would be divided equally among his children. That, of course, brings us back to whether or not Brunner and/or Lentz can prove their relationship to Manson through DNA testing. (Remember, Charles Luther is an acknowledged son; however, he has not entered the litigation. If the estate is probated as an intestate estate, Luther will inherit by law without needing to initiate or join any litigation.) Even if Brunner and Lentz can prove they are the biological children of Manson, Lentz still has a problem. Under the California intestate succession laws, adoption severs the right to inherit. Therefore, Lentz only wins if the Will he submitted to the court prevails.

A judge recently dismissed two of the claims, leaving two men still competing to be appointed to administer Manson’s estate. Los Angeles Superior Court Judge Clifford Klein granted Michael Brunner’s request that his petition be dismissed. He also said he was tossing Matt Lentz’s bid because the man waited too long to hire an attorney. The judge denied Lentz’s request for more time to get a lawyer.

Klein scheduled a trial-setting conference for Dec. 14 on the remaining petitions filed by former Manson pen pal Michael Channels and Jason Freeman, who says he is Manson’s grandson.

Please feel free to download our FREE estate planning worksheet. If you have questions or concerns about probating an estate, contact the New York probate lawyers at the Law Offices of Kobrick & Moccia by calling 800-295-1917 to schedule your appointment.