Home » Wills » What Will Happen to Whitney’s Estate Following the Death of Bobbi Kristina? 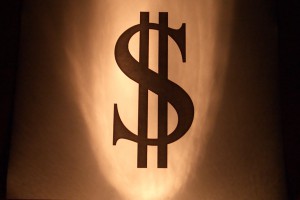 Whitney Houston’s daughter, Bobbi Kristina, died recently after being kept alive for six months in a medically induced coma. Bobbi Kristina’s death leaves behind more questions than answers, including speculation about how much of Whitney’s fortune is left and who will receive it now. One thing that is clear is that had Houston left behind a complete estate plan, instead of simply a very old Last Will and Testament, Bobbie’s life might have been simpler and her tragic death may have been averted.

When Whitey Houston died three years ago she left behind more debts than assets; however, sales of Whitney’s songs and performances after her death brought in enough money to cover the debts plus about $20 million to be left to her daughter, Bobbi Kristina. Houston executed a Last Will and Testament back in 1984, long before Bobbi Kristina was born in 1993. Houston had not updated, much less rewritten, her Will since that original Will was created. The lack of a comprehensive estate plan meant that Bobbi Kristina was given a significant sum of money at the young age of 21 years old and was slated to receive an even larger sum when she turned 25 according to the terms of a trust created in Houston’s Will. Family members tried to step in shortly after Whitney’s death and have the Will rewritten by a judge because they feared that Bobbi Kristina could not handle such a large sum of money at such a young age; however, they withdrew the petition. In hindsight, they were likely correct.

Speculation has raged since Bobbi Kristina was found face down and unconscious in a bathtub, almost three years to the day her mother was found dead in a bathtub, about the role Nick Gordon (her boyfriend) played in her life and ultimately in her death. After Bobbi Kristina was put into a medically induced coma a conservator was appointed to handle her finances. Instead of a family member, an attorney was appointed. Her conservator has since filed a lawsuit against Gordon claiming he is guilty of assault and battery, fraud, stalking, and much more — all motivated by Houston’s money that was left for Bobbi Kristina.

The question on everyone’s mind is why didn’t Houston establish a living trust while she was alive and created trust terms that kept her fortune well-guarded until Bobbi Kristina was old enough to handle it? We will never know the answer to that; however, it appears that the estate battle over Houston and then Bobbi Kristina’s estate will rage on after their deaths.

If you have additional questions or concerns about wills, trusts,  or estate planning in general, contact the experienced New York estate planning attorneys at The Law Offices of Kobrick & Moccia by calling 800-295-1917 to schedule your appointment.