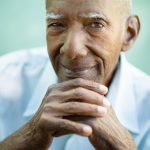 In the United States, we can expect to live, on average, almost twice as long as our ancestors did just a century ago. Despite living longer, the natural aging process will still cause physical and mental deterioration at some point before the end of our lives. It may even cause you to reach a point at which you can no longer safely make decisions for yourself. Understandably, you probably do not like the idea of turning over the decision-making authority to someone else; however, the reality is … END_OF_DOCUMENT_TOKEN_TO_BE_REPLACED

Your estate plan should accomplish more than just creating the framework for the distribution of your estate assets after your death. In fact, a well thought out, and properly drafted, estate plan should also ensure that your assets are protected and continue to grow during your lifetime as well as make sure that those assets are used to provide for your loved ones when you are gone. Another important aspect of a comprehensive estate plan that people often forget about is incapacity planning. … END_OF_DOCUMENT_TOKEN_TO_BE_REPLACED 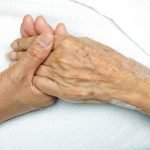 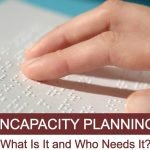 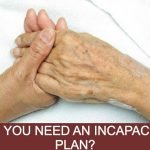 Do You Need an Incapacity Plan from Saul Kobrick The State of Texas allows you to execute several advanced directives that can be used in your incapacity plan. Medical power of attorney -- gives the person you name as your agent the authority to make any and all health care decisions for you in accordance with your wishes, including your religious and moral beliefs, when you are no longer capable of making them yourself. Learn more about do you need an incapacity plan in this presentation. … END_OF_DOCUMENT_TOKEN_TO_BE_REPLACED

A comprehensive estate plan should accomplish a variety of goals above and beyond the primary goal of deciding what will happen to your estate assets when you die. Although each estate plan is as unique as the individual who creates the plan, there are some additional goals that are commonly found in a well drafted estate plan, including incapacity planning. You may be wondering if you need an incapacity plan. The simple answer to that is that everyone should have an incapacity plan. When you … END_OF_DOCUMENT_TOKEN_TO_BE_REPLACED 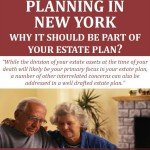 By now it should be clear what can happen without an incapacity plan. Not only will your own wishes with regard to treatment potentially be ignored but your family and loved ones may suffer financially. All of your efforts to provide for your family by investing and creating a “nest egg” are meaningless if your family cannot access the funds when they need them. Topics covered in this report include: Why Do I Need an Incapacity Plan? What Happens without Incapacity … END_OF_DOCUMENT_TOKEN_TO_BE_REPLACED 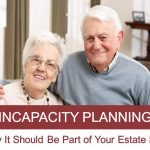 Incapacity Planning - Why It Should Be Part of Your Estate Plan from Saul Kobrick A RLT works by allowing you to appoint yourself as the trustee, meaning you control all trust assets while you are able to do so. If you suddenly become incapacitated your successor trustee takes over without the need for court intervention. Control of all your assets can easily and rapidly be shifted using a RLT. Learn more about incapacity planning in this presentation.     … END_OF_DOCUMENT_TOKEN_TO_BE_REPLACED

There have been a number of new studies in recent years regarding end of life choices and advance care planning by Americans. In fact, The Conversation Project recently reported some surprising figures. A full 90 percent of Americans are very much aware of the importance of having these discussions with our loved ones; however, the surprising truth is that less than one third of Americans have actually acted on having those talks. Now, there are new reasons why each of us should rethink our … END_OF_DOCUMENT_TOKEN_TO_BE_REPLACED