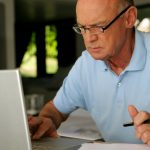 Throughout your working years your retirement plan and your estate plan may remain completely separate plans. As you near retirement age, however, it become more and more important to blend those two plans to ensure that they work together in harmony. One important decision you will need to make is when to begin accepting retirement benefits. To help you decide when to start accepting them, the Harrison retirement planning attorneys at the Law Offices of Kobrick & Moccia explain the Social … END_OF_DOCUMENT_TOKEN_TO_BE_REPLACED 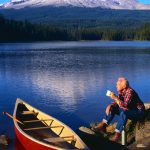 Is retiring outside of the United States an option for you? If so, you are not alone. The ex-pat communities throughout the world are numerous, and growing larger every year as more and more Americans recognize the advantages of retiring abroad. Retiring abroad can certainly be enjoyable; however, to make sure it is safe and economical you need to do your homework well ahead of time. To help you, the Harrison retirement planning attorneys at the Law Offices of Kobrick & Moccia discuss the … END_OF_DOCUMENT_TOKEN_TO_BE_REPLACED 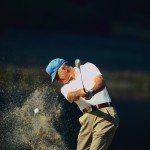 Retirement planning for most people seems to begin the moment they enter the workforce. For many years, that planning will likely focus almost entirely on building the financial resources to live comfortably during your retirement years. As you near retirement age, however, you need to start thinking about something else that will have a significant impact on both your retirement budget and your quality of life – your retirement destination. Retirement Planning Considerations Retirement … END_OF_DOCUMENT_TOKEN_TO_BE_REPLACED

Planning for retirement involves gaining an understanding of approximately what your expenses will be in the future. This is somewhat challenging, and one factor that is quite relevant is your life expectancy. As we all know anything could happen to anyone at any time.  However, you can look at the statistics to gain an idea with regard to probabilities as you are planning ahead toward the future. When you do examine the facts one thing will certainly stand out: People are living longer … END_OF_DOCUMENT_TOKEN_TO_BE_REPLACED 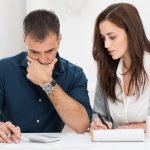 Although the days of being able to completely depend on Social Security benefits to take care of you during your “Golden Years” are long gone, Social Security benefits may still play a central role in your retirement planning. As such, you are probably wondering “ How much will I get from Social Security when I retire?” Unfortunately, it is difficult to know with complete certainty what you will receive when you reach retirement age; however, it is possible to estimate your benefits. A better … END_OF_DOCUMENT_TOKEN_TO_BE_REPLACED

Guardianship Process in New York from Saul Kobrick Americans are living longer; however, the longer an elderly family member or loved one lives, the greater the chance that he or she will suffer from some form of age-related dementia. Learn more about guardianship process in New York in this presentation. … END_OF_DOCUMENT_TOKEN_TO_BE_REPLACED

It is incredibly difficult to raise the topic of end of life considerations. At some point, someone will have to broach the subject, even if Mom or Dad have already made all of the necessary arrangements. It’s far different than retirement topics; these conversations have to do with funeral and burial arrangements, do not resuscitate orders, powers of attorney for medical decisions – the really tough topics. If you think about it and the mindset we’re in when we plan for retirement, it’s one … END_OF_DOCUMENT_TOKEN_TO_BE_REPLACED

Many may recall the 2009 lawsuit, filed by a Texas woman whose father died in a car crash in 2001, against his employer. The case, KENNEDY V. PLAN ADMINISTRATOR FOR DUPONT SAVINGS AND INVESTMENT PLAN, 555 U.S. 285, was filed because William Kennedy's daughter, Kari Kennedy, felt as though the $402,000 savings and investment plan proceeds should not have gone to her mother. Her parents divorced decades earlier and Kennedy argued her mother, Liv, had signed a general waiver divesting, or … END_OF_DOCUMENT_TOKEN_TO_BE_REPLACED

How will your family pay the bills after you die? In the big picture you surely have an estate plan that lays out who will benefit from your estate. If all of your assets are distributed by a will, probate can be delayed by unforeseen circumstances. Do you have enough cash on hand until the life insurance check arrives? Your financial institution is duty bound to return any payments made to you after you die from federal programs that pay you earned benefits. This is one of the stipulations … END_OF_DOCUMENT_TOKEN_TO_BE_REPLACED