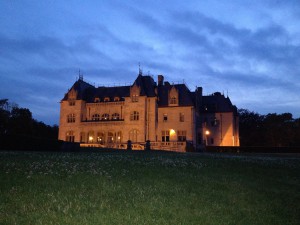 Often, the best way to explain a concept, or make a point, is by illustration or example. Such is frequently the case with estate planning. The estate of the late actor Dennis Hopper offers an excellent example of why divorce should trigger an estate plan update.

Actor, filmmaker, photographer, and artists Dennis Hopper originally shot to stardom as a result of the iconic film Easy Rider, which he both produced and starred in, back in 1969. Hopper went on to star in many other memorable movie roles as well as became an award winning photographer and artist. Hopper died at the age of 74 back in 2010. At the time of his death, Hopper was in the middle of a divorce with his fifth wife. Though the precise value of the estate he left behind isn’t known, experts estimate the value of Hopper’s estate to be around $40 million. It comes as no surprise, therefore, that the disposition of his estate was challenged.

Along with wife number wife, Hopper was also survived by four children, three of whom are adults and one minor, a 9 year daughter from his wife at the time of his death. The fact that Hopper was in the middle of a divorce at the time of his death could have significantly complicated matters even more; however, Hopper did something many people do not think to do – changed the provisions of his estate plan shortly after the divorce was initiated.

The divorce itself was contentious, with both sides hurling accusations and allegations at each other during the proceedings. Although his wife signed a prenuptial agreement prior to the marriage, she claimed she was coerced into the signing the agreement and that Hopper’s adult children manipulated him into filing for divorce. The pre-nuptial agreement gave her 25 percent of Hopper’s estate but only if they were still married and living together at the time of Hopper’s death. Not surprisingly, she refused to move out of the house during the divorce despite a court order ordering her to vacate the residence.

The fact the Hopper was in the middle of a divorce at the time of his death certainly did complicate the probate of his estate; however, had he not changed his life insurance beneficiaries and removed his wife as a beneficiary in his Will and trust things would have been much more complicated. Hopper’s forethought ultimately reduced the time and expense spent on litigation after his death and preserved the majority of his estate for his children (a settlement ultimately gave his wife a much smaller portion of his estate).

Hopper’s story serves as a perfect example of the importance of taking the time to review and revise your estate plan whenever a life event impacts that plan. If you have additional questions or concerns about estate planning contact the experienced New York estate planning attorneys at The Law Offices of Kobrick & Moccia by calling 800-295-1917 to schedule your appointment.