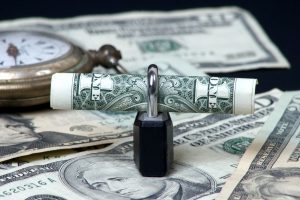 Elder abuse and neglect is a significant problem in the United States. With the population of older Americans expected to continue to rise, it is also a problem that is not expected to go away anytime in the near future. On the contrary, experts expect to see incidents of elder abuse and neglect increase right along with the elderly population over the next several decades. When we think of “abuse” we often focus on physical and/or mental abuse; however, the most common form of elder abuse is actually financial abuse, or exploitation. Sadly, the most common perpetrators of this form of elder abuse are family members of the victim. If you have an elder loved one, you need to know the signs of elder financial abuse and what to do if you suspect a family member is perpetrating the abuse.

Unfortunately, compiling accurate statistics regarding elder abuse of any kind is difficult for several reasons. First, state laws are changing rapidly in an attempt to address the growing issue of elder abuse. As such, reporting requirements vary significantly from one state to another, making fact gathering more complicated. Second, victims of elder abuse are often embarrassed to be a victim. They frequently do not report the abuse for this very reason. Finally, many elder abuse victims remain heavily dependent on the very people who abuse them, effectively trapping them in their abusive environment because they fear reprisals if they speak out about the abuse. Conservatively, experts estimate that at least one in ten older individuals is financially exploited. Collectively, seniors lose over $2 billion every year to financial exploitation in the United States.

To recognize the signs of elder financial abuse you need to know what qualifies as financial exploitation. It can take many forms: however, some common examples include:

Keeping It in the Family – the Perpetrators

When we think of elder financial abuse we like to think it is perpetrated by unscrupulous scam artists who prey on the vulnerable members of society. Sadly, they are not the most common perpetrators of senior exploitation. Yes, there are a number of scams that are routinely run on seniors who tend to be more trusting and less likely to recognize the scam for what it is; however, experts tell us that as many as 90 percent of elder abuse perpetrators are family members or trusted loved ones. The most common perpetrator is an adult child or the spouse of an adult child. Some financial abuse is blatant theft by a family member with an addiction problem or serious financial problems. Other times the abuse is subtler, and the abuser may even feel justified in his/her conduct. The adult child who thinks of his/her conduct as simply borrowing against an inheritance or the family member who feels entitled to the money because he/she has provided care for the victim are both examples of financial abuse.

Some of the more common signs of elder financial abuse include:

If you suspect that an older loved one is the victim of financial abuse, and that the perpetrator is a family member, you may feel caught in the middle of something you don’t want to be in the middle of – that is not an excuse for doing nothing though. Sit down and have a discussion with your loved one first. Explain what financial abuse is and share your suspicions with him/her.  Unless your loved one provide an explanation that is both believable and plausible, your next stop should be to contact the authorities and/or an experienced elder law attorney to discuss your legal options.

If you have questions or concerns relating to financial abuse of the elderly,  contact the experienced elder law attorneys at the Law Offices of Kobrick & Moccia by calling 800-295-1917 to schedule your appointment.