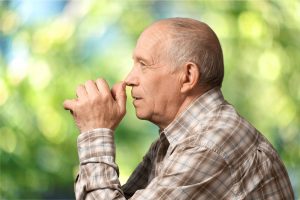 Whether you are a senior yourself, or you have a loved one who is, the threat of elder abuse is a very real concern. When you think of elder abuse, however, you should not limit your focus to physical or emotional abuse because financial abuse is actually the most common form of elder abuse –and the perpetrators are getting more and more sophisticated with their schemes. As a recent news article discusses, federal investigators are currently investigating an elder abuse scam in New York that preys on a grandparent’s unconditional love for a grandchild.

According to an article in the Daily News, federal investigators in New York are currently probing an elder abuse scam in which fraudsters pose as grandchildren in need of bail money. The underlying premise of this scam is not new. In fact, it has been known as the “Granny Scam” for some time now. What is new, however, is how the perpetrators have essentially turned the scam into a business so they can maximize their profits.

One factor that makes this particular investigation even more disturbing is that Homeland Security Investigations is looking into whether the elder abusers are buying contact information for the targets of their scams off of the dark web, according to the sources.

The scam itself operates off of a fairly simple premise. In this case, it typically involves two scam artists, one of whom poses as a grandchild who calls up an elderly relative and pretends to be in trouble. Another person poses as law enforcement, the sources say. The addition of the second perpetrator is a new twist on the traditional “Granny Scam.” In the original scam, just one person posing as a grandchild would call and ask the victim for money for bail or for some other emergency. Now, apparently, the scammers have added a “law enforcement officer” to the scam, ostensibly to make it appear more realistic.

A common version of the scam begins with a woman posing as a granddaughter in distress, claiming she is in trouble with the law and needs urgent help, the sources said. The phone then changes hands and a man posing as a cop directs the alarmed elderly victim to mail cash for bail as soon as possible. Payouts ranged between $5,000 and $8,000, a source said.

The suspects are out of state and expected to be brought to Manhattan Federal Court to face charges, sources said. A complicating factor in the investigation is that it doesn’t appear one group is doing the scam. Rather, it appears the hustle is popular among a wider array of fraudsters, sources said. A law enforcement source said abuse scams can be run by a small group of two or three fraudsters out of a basement but other scams actually operate out of legitimate office spaces with staffs of around 20 people. The “employees” were paid minimum wage, worked off of a script and received 10 percent commission off of any money they won from the scam, the source said.

The news of the investigation comes as the Department of Justice has declared fighting elder abuse a top priority. One in 10 elderly people who live in homes suffer abuse. For each victim that comes to light 24 others are unreported, Laura Rogers, a director at the Department of Justice, said at an elder abuse conference in Washington earlier this month. The News reported last week that elderly wealthy celebrities, like Stan Lee, Casey Kasem and Mickey Rooney, have allegedly been targeted by scammers.

Protect Yourself and Your Loved Ones

If you receive a telephone call and the caller claims to be your grandchild, or someone calling on his/her behalf, do not give out any personal information and do not send money to anyone under any circumstances. Ask for contact information – name, telephone number, name of the law enforcement agency or jail involved. If your grandchild really is in trouble, the caller should provide this information willingly. In that case,  you can contact your own attorney and arrange for the bail money (or other emergency funds) to be sent using a secure, trackable, method.

Please feel free to download our FREE estate planning worksheet. If you have additional questions or concerns about elder financial abuse, or other elder law issues, contact the Harrison elder law lawyers at the Law Offices of Kobrick & Moccia by calling 800-295-1917 to schedule your appointment.