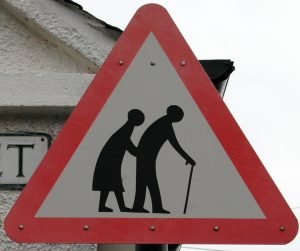 Abuse and neglect of the elderly is certainly not a new problem in the United States. It is, however, a growing problem due in large part to the fact that the elderly population in the U.S. is also growing at an astounding rate. As law makers and law enforcement officials scramble to figure out how to handle the growing problem, loved ones worry that their parent, family member, or neighbor could be a victim. Combating the problem begins with understanding the problem. When it comes to elder abuse, people automatically focus on the threat of physical and/or emotional abuse; however, financial exploitation is actually the most common form of elder abuse in the U.S. In an effort to combat financial exploitation of the elderly, New York Governor Cuomo recently unveiled a plan to protect seniors from predators who prey on the elderly.

How Bad Is the Financial Exploitation Problem in the U.S.?

Elder abuse touches millions of lives every year in the United States given how prevalent it is. Exact data regarding just how common elder abuse and neglect is across the country is difficult to come by for several reasons. First, because many individual states have just recently passed laws making elder abuse and neglect a crime, the reporting requirements can differ greatly from one state to the next. Even more importantly, however, is the fact that many older victims do not report the abuse and/or neglect. Some victims are reluctant to report the abuse because they are ashamed or embarrassed to find themselves a victim. Other victims fail to report the abuse because they remain dependent on the very person who is abusing them. Sadly, experts tell us that as many as 90 percent of the perpetrators of elder abuse and neglect are family members or close caregivers of the victim.

With regard to financial exploitation, experts estimate that as many as five million incidences of financial exploitation of a senior occur every year in the U.S. One in every 20 older adults actually admits to having been exploited in the recent past, according to the National Adult Protective Services Association (NAPSA); however, only about one in 44 cases of financial abuse is ever reported. The financial losses suffered by victims and the government are staggering as well. One in 10 seniors is forced to turn to Medicaid for help covering healthcare costs as a result of being scammed out of his/her nest egg. A 2013 study found the impact of financial exploitation in New York to be at least $1.5 billion.

Combatting the financial exploitation problem in the U.S. will take a concerted effort by everyone on the forefront of the problem. With that in mind, part of Governor Cuomo’s plan focuses on banks. Under Cuomo’s plan, the state would launch an elder abuse certification program for banks throughout the state to help train bank employees on how to recognize financial abuse. The governor also will introduce legislation that aims to strengthen banks’ ability to place holds on potentially fraudulent transactions and prevent elder financial abuse. If potential fraud is identified and a hold is applied, the banks will be required to report abuse to state agencies.

Cuomo said he’s making elder financial abuse a priority because exploitation of seniors is a “national issue.”  The Governor went on to say that “Exploitation of seniors is a particularly heartless and heinous crime and this administration is committed to doing everything in its power to stop this abuse and ensure these New Yorkers receive the protections they deserve. These proposals will help seniors keep their finances and assets from being vulnerable to thieves and unscrupulous practices, and stop those who seek to exploit them right in their tracks.”

If you have questions or concerns relating to elder abuse and/or neglect,  contact an experienced elder law attorney at the Law Offices of Kobrick & Moccia by calling 800-295-1917 to schedule your appointment.