Home » Pet Plan » Free Report: Including the Family Pet in Your Estate Plan in New York 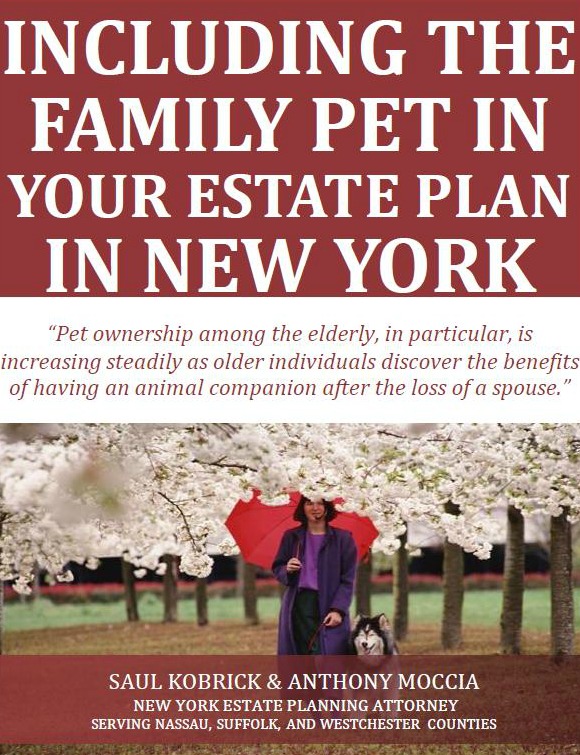 Pet ownership in the United States is among the highest in the world. Americans are undeniably pet lovers, with almost one in two households owning at least one dog and an equal number owning at least one cat. Pet ownership among the elderly, in particular, is increasing steadily as older individuals discover the benefits of having an animal companion after the loss of a spouse. If you own a pet, have your considered what happens if your pet outlives you? Sadly, many pet owners don’t consider the ramifications of leaving a pet behind when they die.