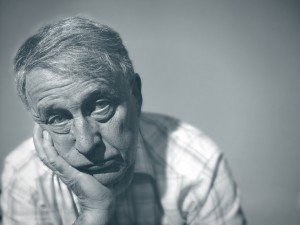 Whether you are a senior yourself, or the loved one of someone who is elderly, elder financial exploitation is an important issue that needs to be understood and discussed. Unfortunately, because it is an uncomfortable topic of conversation, perpetrators of elder financial abuse often get away with their crimes. In an effort to prevent these perpetrators from causing more harm, the Hauppauge elder law lawyers at the Law Offices of Kobrick & Moccia want to warn everyone about the threat of financial exploitation of the elderly.

What Is Elder Financial Exploitation?

Elder financial abuse, or exploitation, can be defined very broadly as illegal or improper use of an older person’s money or property. This type of elder abuse takes numerous forms and can occur under a wide variety of scenarios, including:

Sadly, elder abuse, in all its forms, is not a new phenomenon in the United States. As the older population continues to grow at an astounding rate, however, issues that impact the elderly have taken on a heightened importance in the U.S. in recent years. Most people find the facts and figures relating to elder financial exploitation to be shocking. For example:

How Can You Prevent Elder Financial Abuse?

Whether you are a senior yourself, of you are simply worried about a loved one who is, the key to preventing elder financial exploitation is to acknowledge the threat and remain vigilant in your efforts to avoid becoming a victim. Educate yourself and/or your loved ones. One of the primary reasons why elder abuse, in general, is so grossly underreported is that victims are so often ashamed to have been victimized. Consequently, no one talks about the problem. Learn as much as you can about current scams and specific threats and discuss those threats with your friends and neighbors and/or with your elderly loved ones. Specific steps you can take to prevent becoming the victim of elder financial abuse include:

For more information, please download our FREE estate planning worksheet. If you are concerned that a loved one is the victim of elder financial exploitation, contact the New York elder law attorneys at the Law Offices of Kobrick & Moccia by calling 800-295-1917 to schedule your appointment.