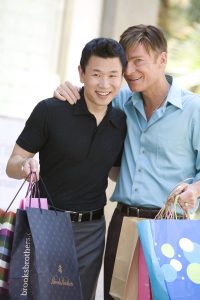 If you are a member of the LGBTQ community, you will undoubtedly be celebrating LGBTQ History Month this October. While you are focusing on LGBTQ history, why not also focus on your future by updating your current estate plan. Although we have come a long way with regard to LGBTQ rights, a well thought out and comprehensive estate plan remains the best way to protect you, your assets, and your family.

In 1994, Rodney Wilson, a Missouri high school teacher, believed a month should be dedicated to the celebration and teaching of gay and lesbian history, so he gathered other teachers and community leaders together to create what would eventually become LGBTQ History Month. The idea garnered early support from organizations such as GLAAD, the National Education Association, and the Gay, Lesbian and Straight Education Network (GLSEN).

October was chosen because public schools were in session and because the month already included the by-then well-established National Coming Out Day (Oct. 11th) as well as the anniversary of the first march on Washington by LGBTQ people in 1979 (Oct. 14th). The month now also includes Spirit Day on Oct. 20th, on which people around the country wear purple in support of LGBTQ youth; Ally Week, a week in which allies against LGBTQ bullying are celebrated; and the anniversary of 21-year-old Matthew Shepard’s murder on Oct. 12, 1998, which sparked the Matthew Shepard and James Byrd, Jr. Hate Crimes Prevention Act.

During the early years, the celebration was largely marked by a call to action and commemoration. But since then, LGBTQ History Month has blossomed into a national coordinated effort to highlight exemplary role models from the LGBTQ community. Since 2006, this push has so far been led by LGBTQ rights and education organization Equality Forum which assumed responsibility for providing content, promotion, and resources for LGBTQ History Month.  On the celebration’s website this year (and every year since they took charge), Equality Forum is highlighting a new LGBTQ icon every day with a video, biography, images, and bibliography describing the person’s significance. So far, Kyle Allums — the first openly transgender athlete to play NCAA Division I college basketball — poetry great John Ashbery, and cartoonist Alison Bechdel — who won the GLAAD Media Award for Outstanding Comic Book in 2007 — have been reviewed.  Over the six years that Equality Forum has been doing this, they have amassed the biographies and stories of more than 175 LGBTQ people who have made a difference to the community and the world.

In 2015 history was made in the case of Obergefell v. Hodges, when the Supreme Court declared that states must allow same-sex couples to marry and must recognize same-sex marriages from other states. That victory represents much more than just the ability to legalize a relationship. As members and supporters know, the right to marry also comes with numerous important practical and legal benefits that have historically only been available to opposite-sex couples. While that victory cannot be understated, it did not completely end the fight for equality. The law cannot, for example, force family members to accept your partner/spouse. If your family does not respect your relationship, your partner/spouse could be excluded from the decision-making process if you become incapacitated or after your death. Fortunately, your estate plan can make your wishes clear and legally enforceable. Executing an advance directive, for instance, will give your partner/spouse the legal right to make health care decisions for you if you cannot make them yourself. Appointing your partner/spouse as your Executor and/or Trustee will give him/her the legal authority to administer your estate and/or a trust you created.

There is no better time to review and update your estate plan than during LGBTQ History Month. Consult your estate planning attorney today to ensure that you and your loved ones are protected.