Home » Wills » How Do I Prove Lack of Testamentary Capacity in a Will Contest? 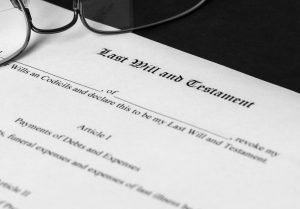 If you recently lost a family member or loved one and you are concerned about the Last Will and Testament that has been introduced for probate, one option is to initiate a Will contest. In the State of New York, you must allege (and eventually prove to be successful) legal grounds on which the Will could be declared invalid. One of the most frequently used grounds is “incapacitation,” more commonly referred to as “lack of testamentary capacity.” How do you prove that the Testator lacked the necessary capacity to execute his/her Will?  Litigating a Will contest often involved complex legal arguments and confusing facts which is why you should always consult with an experienced attorney before moving forward. In the meantime, however, the Harrison estate planning attorneys at the Law Offices of Kobrick & Moccia offer some basic information about how to prove lack of testamentary capacity in a Will contest.

Grounds on Which a Will Could Be Invalidated

One of the preliminary considerations when challenging a Will is which grounds to use. Simply being unhappy with your inheritance (or lack thereof) under the terms of a Will does not legally justify initiating a Will contest. For the court to entertain a Will contest, the contestant must allege one of the legal grounds on which a Will may be declared invalid in the State of New York including:

What Is Testamentary Capacity?

Typically, the Probate Court presiding over a Will contest will consider several things when deciding if a Testator had the requisite capacity, including:

Another important aspect of determining testamentary capacity is that capacity, or lack of capacity, is measured at the time that the Will is executed. A Testator could have suffered bouts of dementia for weeks, even months, leading up to the execution of the Will; however, if the Testator was lucid and was experiencing a period of clarity at the time the Will was executed, the court would likely find that capacity existed.

For a contestant, this means that while medical records showing dementia, or other serious illness, may indeed be helpful, they will likely not be sufficient. Proving lack of capacity requires more immediate evidence, such as credible witnesses that knew the Testator well enough to testify that he/she lacked capacity at the time the Will was executed.

Please feel free to download our FREE estate planning worksheet. If you have additional questions or concerns regarding a New York Will contest in general, or proving lack of testator capacity specifically, contact the Harrison estate planning lawyers at the Law Offices of Kobrick & Moccia by calling 800-295-1917 to schedule your appointment.