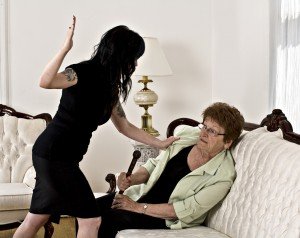 Sadly, as the number of older Americans continues to grow, so do the instances of elder abuse. Although elder abuse is hardly a new problem, it is a problem of growing concern considering the rapid increase in the elderly population throughout the United States. As legislators, law enforcement agencies, courts, and social service agencies scramble to find ways to prevent and/or punish elder abuse, victims and their loved ones are becoming more and more frustrated. The good news is that recent announcement by the U.S. Department of Justice offers those on the frontlines of the battle to prevent and combat elder abuse some much needed hope.

The U.S. Department of Justice announced more than $3.42 million in funding to respond to elder abuse and victims of financial crimes throughout the United States. The awards are aimed at “improving identification of elder abuse and strengthening the response to victims through innovative technology, closer interagency collaboration, and enhanced legal services, among other approaches.”

“Every American has the right to be safe,” said Attorney General Jeff Sessions.  “Criminals who target and exploit our seniors are cowards, and their crimes are especially shameful because they prey upon the vulnerable. This Department of Justice will not accept these crimes in our society, and we are taking action to help investigate, punish, and deter crimes against our seniors with this $3.42 million investment.”

“Far too often, older Americans suffer from elder abuse, including crimes of financial exploitation,” said Office for Victims of Crime Director Darlene Hutchinson. “OVC is committed to supporting innovative solutions and responses to these terrible crimes perpetrated against this vulnerable and treasured population. This critical initiative should enhance the provision of services and support to victims of elder abuse and ensure that they receive the rights, services and responses they deserve.”

Funding was made by OVC in close collaboration with the Justice Department’s Elder Justice Initiative. Grants under OVC’s Field Generated Innovations in Addressing Elder Abuse and Financial Exploitation program were awarded to eight organizations around the country:

“OVC is committed to building the capacity of professionals to respond vigorously and skillfully to crimes against older Americans,” said Hutchinson. “The Department of Justice, through its Elder Justice Initiative, which includes the work of many Department components, is working on multiple fronts to protect older Americans from elder abuse, financial exploitation and fraud. Together, we are increasing the physical and financial safety of America’s older adults.”

If you have questions or concerns relating to elder law issues,  contact the experienced elder law attorneys at the Law Offices of Kobrick & Moccia by calling 800-295-1917 to schedule your appointment.