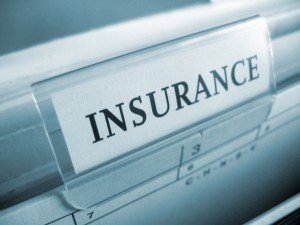 Like many people, you may well into your retirement years before you have a need to qualify for Medicaid. That need may arise as a result of the need for long-term care (LTC) and the corresponding cost of that care. If you fail to plan ahead by including Medicaid planning in your overall estate plan, you could find yourself facing the loss of valuable assets. If you don’t know the Medicaid eligibility rules you could also find yourself facing a waiting period imposed by Medicaid during which time you are ineligible for benefits. In an effort to help prevent either of these unwanted outcomes, the Medicaid attorneys at Law Offices of Kobrick & Moccia explain when a waiting period may be imposed and how to protect your assets.

Will You Need Long-Term Care?

The need for Medicaid planning begins with the very real possibility that you will eventually need long-term care (LTC). Americans can now expect to live almost twice as long as they did just a century ago. Living longer, however, also means a much higher chance of eventually suffering from physical and/or mental deterioration such that LTC becomes necessary. Consider the following statistics relating to LTC in the U.S.:

Paying for LTC and the Need to Qualify for Medicaid

The reason Medicaid planning becomes necessary is the cost of LTC should you need it. Nationwide, the average year-long stay in a LTC facility in 2017 was over $80,000. Any New Yorker, however, knows that the cost of living in New York exceeds the national average. Consequently, that same year of LTC in New York cost, on average, just over $144,000. Because neither your basic health insurance coverage nor Medicare will pay for LTC, you may find yourself turning to Medicaid for assistance if you do end up needing LTC at any point in the future. Qualifying for Medicaid, however, can be problematic if you failed to plan ahead.

Medicaid Rules and the Waiting Period

Medicaid uses both income and asset limits when determining eligibility – and those limits are low.  Most seniors fail the asset test if they did not plan ahead by incorporating Medicaid planning into their estate plan well ahead of the need to qualify for benefits. Medicaid also employs a five-year “look-back” rule that effectively forbids assets transfers for less than fair market value during the five-year period leading up to an application for benefits.

If Medicaid does uncover an asset transfer made during the look-back period it may trigger a waiting period. The length of the waiting period is determined by taking the amount of excess assets and dividing by the average monthly cost of LTC in your geographic area. For instance, assume you made an assets transfer that violated the five-year look-back period rule and that the asset was worth $150,000.  Further, assume that the average monthly cost of LTC in your area is $11,700. To determine the length of the waiting period imposed by Medicaid you take $150,000 and divide it by $11,700 and get 12.82 which, rounding up, gives you a waiting period of 13 months during which time you must use your own assets to cover the cost of your stay in LTC.

The way to avoid finding yourself in a position where a waiting period may be imposed is to incorporate Medicaid planning into your comprehensive estate plan early on in your life.

For more information, please download our FREE estate planning worksheet. If you have questions or concerns relating to the Medicaid waiting period, or Medicaid eligibility in general,  contact the Medicaid attorneys at the Law Offices of Kobrick & Moccia by calling 800-295-1917 to schedule your appointment.