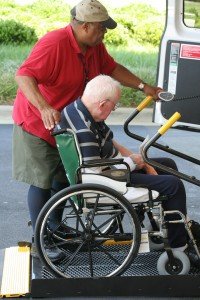 If you have a parent who is suffering from Alzheimer’s, or another serious medical condition that may eventually require around the clock care, you may assume that you will provide that care when the time comes. After all, that is how it has worked throughout history. Adult children reverse roles and care for the parent who once cared for them. What happens, however, if someone opposes your plan to move your parent into your home? The answer can be found in the legal guardian system that doesn’t always works as it should. A recent New York Times article illustrates how things can go wrong with the legal guardian system in the U.S. and why it may be time to reform the overburdened system.

Terri Black’s battle to care for her father began when her father’s dementia and other medical issues reached a point where he needed around the clock care. As an only child, Mrs. Black had always planned to care for her father if he ever needed in-home care.  In 2013, her father’s longtime companion, Helen Natko, in Las Vegas informed her that she could no longer handle her father’s dementia, diabetes and other health issues, and asked Mrs. Black to take him.  When Mrs. Black and her husband, Richard, flew to Las Vegas to take her father, Delford Mencarelli, to their home in Cornelius, N.C., Ms. Natko refused to let them in the house, according to an account Mrs. Black filed with the Clark County District Court, in Nevada. The Blacks called the Las Vegas police, and the officers who showed up told Mrs. Black that her only recourse was obtaining legal guardianship.

Mrs. Black did just that – file a court petition for guardianship. Ms. Natko countered with her own petition and a judge ordered a trial.  In the meantime, the judge appointed a temporary professional guardian; however, Mr. Mencarelli continued to live with Ms. Natko.

Around the same time, Mrs. Black discovered that Ms. Natko had transferred $200,000 from a Pennsylvania account he held jointly with Mrs. Black to a new joint account with Ms. Natko. Evidence from the trial would later show that at the time of the transfers, neurological tests showed, Mr. Mencarelli was too cognitively impaired to know what he was signing. At one point, according to court papers, Ms. Natko transferred $195,000 to her own account but eventually moved it back to the joint account on the advice of her lawyers. In addition, Mrs. Black’s lawyers submitted evidence that Ms. Natko had neglected Mr. Mencarelli’s medical needs and casino records showed that she had amassed thousands of dollars in gambling losses.

In a huge blow to Mrs. Black, the judge awarded sole guardianship to Ms. Natko on July 11, 2014 — even while noting that Mr. Mencarelli had lacked cognitive capacity at the time of the transfers. The judge ordered the money moved to a guardianship account, which Ms. Natko came to control substantially as the guardian. Mrs. Black, who is 56 and a retired accountant, was devastated. “I felt such emotional stress that this was my loved one and that there was nothing I could do to help him,” she said.

Ms. Natko remained guardian even after prosecutors, three months later, charged her with felony exploitation of a vulnerable person, accusing her of taking thousands of dollars from Mr. Mencarelli. A jury convicted Ms. Natko in April on the exploitation charge, as well as on theft for the $195,000 transfer to her personal account.

The Broken Guardian System in the U.S.

What makes this story even worse is that it is far from unusual. The Government Accountability Office has found that state guardianship systems across the country are rife with exploitation. State courts appoint guardians to protect the vulnerable, but the G.A.O. has identified hundreds of cases of negligence, as well as physical and financial abuse.  In November 2016, the G.A.O. reported that in eight cases it examined in six states, guardians were found to have stolen more than $600,000 from their elderly wards. A 2010 G.A.O. report found that from 1990 to 2010 guardians in 20 cases stole $5.4 million.  More than 10 percent of guardians are professionals, who typically charge hourly fees of $70 to $150, which are paid from a ward’s assets. About 75 percent are family members or friends.

Though state laws differ, a judge who rules that a person is cognitively impaired can appoint a guardian, sometimes a company, to oversee the person’s well-being. The guardian can decide to sell the ward’s house and move him or her into a nursing home. The guardian can also choose which of the ward’s friends and relatives can visit.  The National Center for State Courts, a nonprofit think tank, estimates that guardians across the country supervise 1.3 million adults and an aggregate of $50 billion of their assets.

Richard Black became so enraged by his experience in Nevada that he left a well-paying job to push for guardianship reforms full time. He is now the volunteer executive director of Americans Against Abusive Probate Guardianship, lobbying legislatures and counseling families engulfed in guardian disputes. “If this can happen to my family, it can happen to anyone,” he said.

If you are concerned about your parent and would like to discuss options to prevent this from happening to your family,  contact the experienced New York elder law attorneys at the Law Offices of Kobrick & Moccia by calling 800-295-1917 to schedule your appointment.