Home » Wills » Will a No-Contest Clause Prevent a Will Contest? 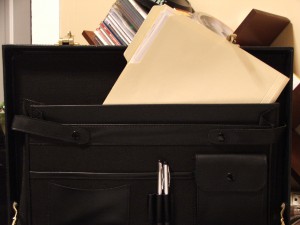 For most people, the thought of their family members and loved ones fighting over their estate assets after death is not a pleasant thought. Unfortunately, however, that is precisely what does occur far more often than people realize. A Will contest must be based on a credible allegation that, if true, would invalidate the Will submitted to probate. In truth, however, most Will contests are secretly (or not so secretly) fueled by the emotions of someone who was left out of the decedent’s Last Will and Testament altogether or did not receive a sufficient (in his/her mind) gift under the terms of the Will. While there is no way to completely prevent the possibility of someone contesting your Will after you are gone, including a no-contest clause in your Will can dramatically decrease the likelihood of one being filed.

Assume you are 85 years old. You lost your husband of 50 plus years several years ago. He left you his estate. Your estate is now worth approximately $10 million. You have three adult children and eight grandchildren. Two of your children are hard-working adults who are responsible, dependable, and money savvy. Your third child, unfortunately, is none of those things. Sadly, you are certain he would squander any inheritance you left him. You are equally sure, however, that he will contest your Will if you leave him nothing. To spare everyone the time and expense of that you include a no-contest clause in your Will and gift him $250,000 in the Will. He will then have two options when you die. One is to contest the Will. If he is successful, the Will is no longer valid and the intestate succession rules would likely give him one-third of the estate, or roughly $3.33 million. If the challenge fails, however, he will walk away empty-handed pursuant to the no-contest clause. Your son’s other option is to take the $250,000 and not contest the Will. Most people, when faced with a sure thing versus a risk, will take the sure thing.

If you have additional questions or concerns about a no-contact cause, or estate planning in general, contact the experienced New York estate planning attorneys at The Law Offices of Kobrick & Moccia. by calling 800-295-1917 to schedule your appointment.