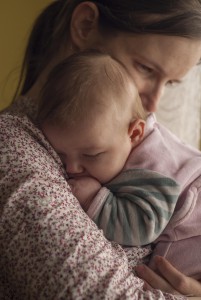 Over the last several decades advances in medicine and technology have impacted every aspect of our lives, literally from birth to death. In fact, many of those advances have focused specifically on the area of infertility and ways to help infertile couples conceive. At this point, you may be wondering what infertility has to do with estate planning. Advances in infertility treatments become inseparably linked to estate planning when those advances ultimately result in the birth of a child after the death of the parent. What inheritance rights does the child have? Of even more interest is how the law views posthumously conceived children for purposes of determining inheritance rights.

In order to understand the issue and how the law is currently dealing with it, some basic background information is helpful. When you die, your estate must go through the legal process known as probate. One primary purpose of the probate process is to ensure that all your estate assets are identified, located, and eventually transferred to the rightful beneficiary or heir. If you left behind a valid Last Will and Testament, the terms of your Will decide what happens to your estate assets. If you died intestate, or without leaving behind a Will, the New York las of intestate succession will dictate what happens to your assets. In that case, the first step is to determine who the legal heirs of your estate are. First in line to inherit are a spouse and/or children. You might assume it is easy enough to determine who your children are; however, that task can become complicated under certain circumstances, such as when a child is born after your death.

Most state laws actually addressed the issue of posthumously born children some time ago. After all, a child’s father can easily die prior to the child being born. Now, however, a new twist has been added – posthumously conceived children. With modern medicine and technology, an embryo can be frozen for years, making it possible for a child not only to be born after the death of one or more parents, but also conceived after death. Is the child an heir of the decedent’s estate?

In the State of New York, EPTL §41.3 was enacted in 2014 to try and address precisely that question. EPTL §41.3 uses a four prong test to determine if a posthumously conceived child can inherit from a genetic parent’s estate:

If you have additional questions or concerns about the possibility of posthumously born – or conceived – children, contact the New York estate planning attorneys at The Law Offices of Kobrick & Moccia by calling 800-295-1917 to schedule your appointment.