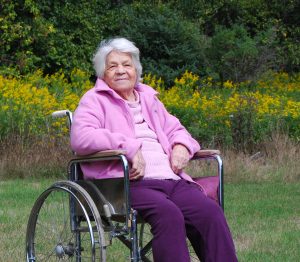 As the population of older Americans continues to grow at a historic rate, incidences of abuse of the elderly grow as well. Financial exploitation of the elderly, in particular, is occurring at an astounding rate. Making it more difficult to catch those who prey on the elderly is that fact that victims are often too embarrassed to come forward and admit that they were scammed.  Fortunately, one brave New York grandmother did come forward to tell how she fell victim to a financial scam. Her story, as reported in a local newspaper, should serve as a warning to all seniors and to those who about them.

About a year ago, Anne Hurrell received a frantic call from a voice that sounded awfully like her grandson.

“Grandma, I’ve just been in an accident,” the voice said, crying.

A man who identified himself as a police officer came on the phone and said Anne’s grandson was in an accident while riding with a friend. He was okay, but drugs had been found in the car. Anne wasn’t to say anything because she could jeopardize the investigation. This continued for some time. “He kept calling me everyday. I guess now I realize I was getting brainwashed,” Anne recalled.

Eventually, the man called and said assault weapons were found in the car. Anne needed to send $12,000 in bail money to help her grandson. She had $9,000 in savings that she sent along via UPS, after receiving instructions from the man. He advised her to get Walmart gift certificates for the other $3,000, which is when, at the advice of Walmart employees, she realized something was amiss. That was when Anne finally reported the whole business to local police and State Troopers, who quickly determined that she was being scammed.

“I just didn’t want it to happen to somebody else,” Hurrell said. “You do feel embarrassed for believing it, but this officer gave me his name, his badge number, his security telephone number that I could get in touch with. He had this very believable southern drawl, and I fell for it. I just hope this helps someone else not believe everything they hear. I hope they’re still investigating.”

The courier who picked up Anne’s money was found and arrested, but it was later determined he was a victim of the scam as well. Authorities believe the true culprit is located in Canada. The man charged calls to Anne’s phone from Toronto. Anne has been assisted by Allegany County Crime Victims Coordinator Shannon Ozzella during the ordeal. “I think you’re amazing and you don’t have anything to be embarrassed about. I think you should be applauded,” Ozzella told Hurrell, who did indeed receive a standing ovation for her courage in sharing her story. “They also had a recording that sounded just like her grandson. ‘Grandma, I’m in trouble.’ How many of us would believe that?” Ozzella asked.

“This story really demonstrates the complexities of financial exploitation. That is a primary effort of our elder abuse prevention committee at this time,” said Belinda Knight, ACCORD Director of Community Operations. “We have seen cases like yours in our case reviews. Often a person who has been exploited is being exploited by their family members who may or may not have the person’s best interest at heart. We’ve often discovered those individuals are their primary caregivers. If we didn’t work together as a team to provide those comprehensive services to those individuals, that person would lose their care structure and their support.”

Protect Yourself and Your Loved Ones from “Granny Scams”

Sadly, Anne’s story is a fairly common one. Scam artists prey on the elderly, counting on their trusting nature and lack of technical knowledge to help pull off the scam. To prevent becoming a victim of a similar scam:

Please feel free to download our FREE estate planning worksheet. If you have questions or concerns about elder abuse, or any other elder law legal issues, contact the New York elder law attorneys at the Law Offices of Kobrick & Moccia by calling 800-295-1917 to schedule your appointment.