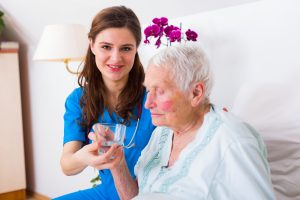 The population of older Americans has increased dramatically in recent years – and experts tell us it will continue to grow for the foreseeable future. Many of the nation’s elderly are living in an assisted living facility. If you have a loved one living in an assisted living facility, you may find the contents of a recently released report by the U.S. Government Accountability Office (GAO) alarming. As the Hauppauge elder law attorneys at the Law Offices of Kobrick & Moccia explain, the oversight we all count on to prevent abuse and neglect may be lacking.

What Is the GAO?

According to its website, the U.S. Government Accountability Office (GAO) is “an independent, nonpartisan agency that works for Congress. Often called the “congressional watchdog,” GAO examines how taxpayer dollars are spent and provides Congress and federal agencies with objective, reliable information to help the government save money and work more efficiently.”

The GAO recently released the results of an investigation it conducted into governmental oversight at assisted living facilities throughout the nation. The Centers for Medicare & Medicaid Services oversees how states monitor such incidents of abuse and neglect in assisted living facilities; however, the results of the investigation indicate that they may not be doing a very good job.

State Medicaid agencies in 48 states that covered assisted living services reported spending more than $10 billion (federal and state) on assisted living services in 2014. These 48 states reported covering these services for more than 330,000 beneficiaries through more than 130 different programs. Most programs were operated under Medicaid waivers that allow states to target certain populations, limit enrollment, or restrict services to certain geographic areas.

With respect to oversight of their largest assisted living programs, state Medicaid agencies reported varied approaches to overseeing beneficiary health and welfare, particularly in how they monitored critical incidents involving beneficiaries receiving assisted living services. State Medicaid agencies are required to protect beneficiary health and welfare and operate systems to monitor for critical incidents—cases of potential or actual harm to beneficiaries such as abuse, neglect, or exploitation. What the GAO found, however, included:

The problems uncovered by the GAO point to an overall problem with oversight. Oversight of state monitoring of assisted living services is limited by gaps in state reporting. For example:

Without clear guidance on reportable deficiencies and no requirement to report critical incidents, CMS may be unaware of problems. For example, in one state CMS found that the state lacked an effective system for assuring beneficiary health and welfare, including reporting insufficient information on the number of unexpected or suspicious beneficiary deaths. As a result, the state had not reported any deficiencies in annual reports submitted to CMS in five prior years.

Please feel free to download our FREE estate planning worksheet. If you have questions or concerns about the possibility of abuse or neglect at an assisted living facility, contact the Hauppauge elder law attorneys at the Law Offices of Kobrick & Moccia by calling 800-295-1917 to schedule your appointment.