Home » Elder Law » Senior Suicide – Do You Have a Loved One at Risk? 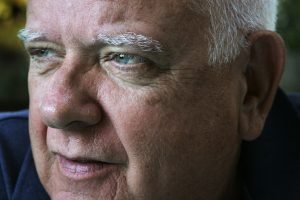 If you have a parent, or other loved one, who is elderly, you likely worry about a host of potential physical and mental problems that could lead to serious illness or even death. One thing you may not have considered is the risk of suicide.  That risk, however, is very real according to experts. In fact, the senior suicide rate is fairly high, and is increasing, says a recently published article in Today’s Geriatric Medicine.

When most of us think about those most at risk for committing suicide, we usually focus on a younger demographic. Older Americans, it turns out, may be every bit as much at risk. In 2005, the most recent year for which statistics are available, there were 5,404 suicides in the United States among those aged 65 and older, according to the American Association of Suicidology. That figure translates into nearly 15 elder suicides per day, or one suicide every hour and 37 minutes. Although in 2005 older adults comprised only 12.4% of the population, they represented 16.6% of all suicides.  By the time older adults enter their seventh decade of life, their thoughts inevitably turn to life assessments. Unfortunately, for some older adults, satisfaction and confidence are elusive or nonexistent and in the face of hopelessness in the prospects for a satisfying future, some older adults choose to end their lives prematurely.

Why Do Seniors Turn to Suicide?

Within the senior population, some demographics are more at risk than others. For example, older men are at higher risk of committing suicide than older women. White males aged 85 and older are at the highest risk among all older adults.  Challenges placed on aging individuals can result in depression, which can easily evolve into clinical depression, according to Patrick Arbore, EdD, director of the Center for Elderly Suicide Prevention and Grief Related Services Institute on Aging in San Francisco. “An older person who is diagnosed with a complex illness such as cancer, Parkinson’s, diabetes, dementia, etc. can trigger a depression,” he says.  Likewise, losses that include the death of loved ones, pets, and even the potential loss of self can become extremely difficult to manage for elders, he says. Fears surrounding the ability to maintain an independent living status “can arouse enormous anxiety, especially when the older person values autonomy above all else.”

Some of the same factors that put younger people at risk for suicide also apply to seniors. Just as research in gerontology has shown a pattern in older adulthood associated with greater happiness in later life with activity and flexibility, the lack of such attributes or styles may be associated with unhappiness and possibly suicide in late life, according to John L. McIntosh, PhD, a professor of psychology at Indiana University South Bend. “Health, finances, and social support are extremely important issues in life satisfaction and almost certainly suicide and depression in late life as well,” says McIntosh.  “Studies consistently show the tremendous relationship between suicide and depression.”

Among other personality traits associated with older adult suicide cited by Arbore are timidity, shyness, seclusiveness, a tendency toward hypochondriasis, hostility, and a rigid, fiercely independent lifestyle.  Other factors associated with suicide are frustration and anger, both of which can lead to aggressive behavior toward oneself, says Arbore. Other contributing elements may include physical or psychological pain, frustrated psychological needs, and feelings of helplessness or hopelessness. “Attitudes and beliefs can be significant factors in suicide, particularly autonomy, dignity, and responsibility,” says Arbore. “Alcohol and other substance use disorders also place older people at significantly increased risk for suicide.”

Unlike suicides among young people, “Older adult suicide is not an impulsive act,” says Chi. “Elderly suicide is contemplated for a long period of time.”  Elders who experience an elevated risk for suicide embrace a psychological perspective of inability to tolerate the level of psychological pain they are experiencing, believe there are no solutions for their problems, perceive themselves as powerless to change their life circumstances, feel that they are a burden to others, or find that life has no meaning, according to McIntosh.

Is a Loved One Potentially Suicidal?

Knowing that senior suicide is more common than you may have thought is only a start. You should also watch for signs that might indicate your loved one is contemplating suicide. Any change in behavior should be noted. Sleep problems, either sleeping too much or too little, eating problems, or other signs of depression should be taken seriously. Of course, the presence of firearms in the household certainly increases the risk. “When verbal statements of wanting to die or kill oneself are heard, they should be taken seriously and mental health help sought immediately,” McIntosh says. Unfortunately, there are “few resources designed specifically for older adults who are suicidal,” but he suggests a national hotline number, 800-273-TALK (8255), that older adults can call. Additionally, according to Arbore, the Center for Elderly Suicide Prevention and Grief Related Services operates the only 24-hour hotline for older adults in the country. This “Friendship Line for the Elderly” has been providing around-the-clock assistance to depressed, isolated, bereaved, lonely, and/or suicidal older adults since 1973.

Please feel free to download our FREE estate planning worksheet. If you have additional questions or concerns regarding elder law issues, contact the Harrison elder law attorneys at the Law Offices of Kobrick & Moccia by calling 800-295-1917 to schedule your appointment.