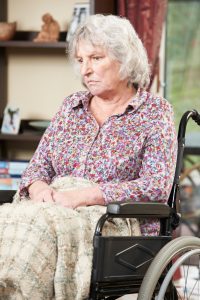 Whether you are a senior yourself, or the loved one of a senior, elder abuse is something you need to understand. Although most people are aware that elder abuse occurs, they often don’t truly know the scope of the problem nor how to prevent becoming a victim. A Harrison elder law attorney at the Law Offices of Kobrick & Moccia explains the sad reality about elder law.

What You Need to Know about Elder Abuse

Experts all agree that elder abuse is a serious, and growing, problem in the United States; however, accurate figures about the prevalence of elder abuse are difficult to come by for several reasons. First, because many states are just now enacting legislation making elder abuse a criminal offense, uniform reporting requirements are lacking. Second, many victims of elder abuse are embarrassed or ashamed to be a victim and, as such, fail to report the abuse. Finally, other victims of elder abuse remain dependent on their abuser, making them fear reprisals if they report the abuse. Despite these difficulties, the following facts and figures are thought to be conservative estimates relating to elder abuse:

The Older Americans Act of 2006 defines elder financial abuse, or financial exploitation, as “the fraudulent or otherwise illegal, unauthorized, or improper act or process of an individual, including a caregiver or fiduciary, that uses the resources of an older individual for monetary or personal benefit, profit, or gain, or that results in depriving an older individual of rightful access to, or use of, benefits, resources, belongings, or assets.” Some common scenarios in which financial abuse of an elderly person may occur include:

Perpetrators of sexual assault often seek out victims who appear vulnerable. Most of us know this which is why we take such care to protect children from predators.  What many people fail to consider, however, is that the very old make attractive victims to sexual predators as well because they are often just as vulnerable as young children.  Elder sexual abuse is defined as the initiation of physical or sexual contact with an elderly person, when that contact is non-consensual or unwanted. Often, the victim of elderly sexual abuse is an elderly person who is confused or unable to give consent. Whether or not the contact is a mere touching or a completed rape, if it is sexual in nature and non-consensual, it is considered sexual abuse. Some examples of elder sexual abuse include:

Nevertheless, conservative estimates regarding elder sexual abuse in the U.S. indicate that: