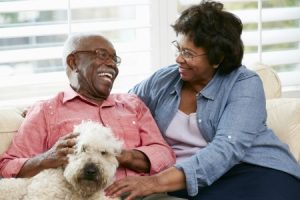 If you have a pet that you consider to be part of the family, you undoubtedly worry about what would happen to your pet if something were to happen to you. You may, however, be reluctant to include your pet in your estate plan. It may seem unnecessary, or even silly, to do so. Pet planning, however, is not only not silly, it is actually quite common. To illustrate the Hauppauge pet planning attorneys at the Law Offices of Kobrick & Moccia discuss the top 10 largest pet inheritances.

You may remember the controversy that erupted when real estate tycoon Leona Helmsley passed away and left her pampered pooch a small fortune. At the time, her $12 bequest to her dog seemed outrageous; however, it doesn’t top our list of the top 10 pet inheritances.

Please feel free to download our FREE estate planning worksheet. If you have additional questions or concerns about how to include your pet in your estate plan, contact the Hauppauge pet planning attorneys at the Law Offices of Kobrick & Moccia by calling 800-295-1917 to schedule your appointment.