Home » Medicaid Planning » What Is the Medicaid Transfer Penalty? 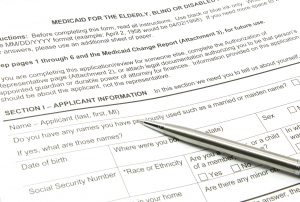 Understanding the Need to Qualify for Medicaid

People often fail to include Medicaid planning in their estate plan because they have never before needed Medicaid benefits. As a senior, however, that could change rather quickly if you (or a spouse) need long-term care (LTC) at some point. What you may not realize is that Medicaid may be your best option for covering the high cost of that care. Nationwide, the average monthly cost of LTC was more than $8,000, or about $100,000 per year, for 2018. As you might well imagine, as a resident of the State of New York you can plan on paying considerably more than the national average. New Yorkers paid, on average, about $146,000 a year for LTC that same year.

Like most seniors, you will probably rely on Medicare to cover the majority of your healthcare expenses. Unfortunately, however, Medicare only covers LTC expenses under very limited circumstances, and even then, only for a very short period of time. Furthermore, most basic health insurance plans also exclude LTC expenses. Therefore, unless you purchased a standalone long-term care insurance policy prior to the need for coverage, you will be faced with the prospect of covering your LTC expenses out of pocket. For the average person, an entire retirement nest egg could be lost to LTC costs if forced to pay for them out of pocket. This is where the need to qualify for Medicaid comes in because Medicaid will help with LTC costs.

If you failed to plan ahead for the possibility that you will need to qualify for Medicaid down the road you will likely find that you have a problem qualifying because of the Medicaid eligibility requirements. Because Medicaid is a “need-based” program, eligibility guidelines require an applicant to have low income and few assets.  Like many seniors, however, you may have spent a lifetime building your assets and you aren’t keen to losing them.  Transferring them out of your name by gifting them to adult children or other beneficiaries may seem like the obvious solution to the Medicaid eligibility guidelines. Unfortunately, the Medicaid transfer rules impose a penalty for doing just that.

Because applicants were frequently engaging in last-minute assets transfers in order to qualify under Medicaid’s countable resources limit, Medicaid instituted a “look-back” period to prevent such transfers. If you apply for Medicaid, your finances will be subject to scrutiny for the 60 month period prior to the date of your application. Any asset transfers completed during that time period for less than fair market value could trigger a penalty in the form of a waiting period. The length of the waiting period is calculated by dividing the value of your excess assets by the average monthly cost of LTC in your area. By way of illustration, the average monthly cost of LTC in New York was $12,189 for 2018. Imagine that you apply for Medicaid today but a review of your finances uncovers that fact that you transferred assets valued at $250,000 to your adult children two years ago. That transfer could trigger a waiting period penalty. The length of the penalty will be determined by dividing $250,000 by $12,189 which gives you 20.51, meaning you would incur a 21 month (rounding up) waiting period before Medicaid would start helping you pay your LTC expenses. During the waiting period, you would be responsible for paying your LTC costs. Sadly, your retirement nest egg could be significantly depleted as a result of those asset transfers that triggered the waiting period. The good news is that incorporating a Medicaid planning component into your estate plan now can protect your assets and ensure your eligibility for Medicaid in the future.

Please feel free to download our FREE estate planning worksheet. If you have additional questions or concerns regarding the Medicaid transfer penalty, contact a Hauppauge Medicaid lawyer at the Law Offices of Kobrick & Moccia by calling 800-295-1917 to schedule your appointment.