Home » Wills » What Must I Show to Prove Undue Influence If I Contest My Father’s Will? 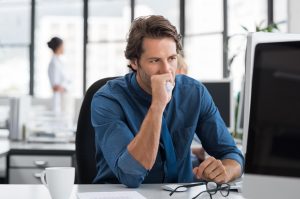 When it comes time to learn the terms of a loved one’s Last Will and Testament, there are typically no real surprises. Occasionally, however, the terms of the Will are not at all what was expected. In fact, the entire Will doesn’t sound like something the decedent would have written. If you recently lost your father, and find yourself shocked by the terms of his Will, you may have reason to believe that someone exerted “undue influence” over your father at the time that Will was executed. If so,  a Harrison probate attorney at the Law Offices of Kobrick & Moccia explains what must be shown in New York to prove undue influence in a Will contest.

Challenging a Will during Probate

Probate is the legal process that is typically required after the death of an individual. Probate is intended to serve several functions, including the authentication of a Last Will and Testament submitted on behalf of the decedent. If the Will is authenticated, the terms of that document will then be used to determine how the decedent’s estate assets are distributed.

When a Will is submitted for probate, however, any “interested party” has the right to contest the validity of the Will. If a Will contest is successful, the Will submitted for probate is declared invalid and the New York intestate succession laws are used to distribute the decedent’s assets. Being surprised, or unhappy, with the terms of a decedent’s Will is insufficient reason to contest a Will though. To challenge a Will, a contestant must allege (and ultimately prove to prevail) at least one of the available legal grounds on which a Will may be invalidated. In the State of New York, the available grounds include:

What Is Undue Influence?

Incapacitation and undue influence are frequently alleged as grounds on which a Will should be declared invalid. Undue influence is often alleged to have occurred when the decedent was isolated by a caregiver for a period of time prior to death and loved ones question the relationship between the decedent and the caregiver. More specifically, they question the influence that caregiver had over the decedent during the execution of the Will in question. This individual could be a paid caregiver who is a relative stranger or it could be a family member. Typically, the “influencer” slowly and methodically cuts off the individual from the family by screening telephone calls and discouraging in-person visits. When the individual passes away, the family learns that drastic changes were made to his/her Will just weeks prior to death and those changes result in leaving a significant portion of (or all) his/her estate to the caregiver. Often, the terms of the new Will are also in direct opposition to promises made or to the terms of a prior Will.

How Do I Prove Undue Influence?

If you have reason to believe that someone executed undue influence over your father at the time his Will was executed, you certainly have the right to contest that Will. Only an experienced probate attorney can review the unique facts and circumstances surrounding that execution and provide you with an opinion as to your chances of success. In general, however, In the State of New York a contestant has the burden of proving that undue influence was present at the time a Will was executed. That contestant must show the following by a preponderance of the evidence the:

Please feel free to download our FREE estate planning worksheet. If you have additional questions or concerns regarding undue influence in a New York Will contest, contact a Harrison probate attorney at the Law Offices of Kobrick & Moccia by calling 800-295-1917 to schedule your appointment.