Home » Elder Law » Will Robots Care for the Elderly In the Not Too Distant Future? 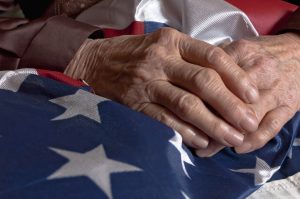 If you are nearing retirement age, you have likely given a considerable amount of thought to the probability of needing someone to care for you as you get older. If so, you are certainly not alone in that concern. In the United States, we have a huge segment of the population that is likely to need caregivers in the near future. In fact, anyone entering the health care industry today is almost assured of job security in the future given the high demand for caregivers. What you may not know, however, is that there may be another solution to the caregiver shortage – robots. Yes, it may be robots taking care of you when you reach the point that an in-home caregiver is needed.

The Caregiver Shortage in America

By the year 2060, the 65-and-older age group’s share of the total population will rise to nearly 24 percent from its current 15 percent. A significantly longer life expectancy, coupled with the fact that the Baby Boomer generation is now moving into retirement, has created the current boom in the elderly population and corresponding need for additional caregivers. The Bureau of Labor Statistics estimates that more than 800,000 new home health and personal care aides will be needed between 2014 and 2024 alone. Unfortunately, the basic nature of these jobs, which often couple heavy physical demands and risk of injury with relatively low wages and benefits, makes them difficult to fill and has led to concerns about an ongoing shortage in paid caregivers in the future. Although you may not be aware of it, an interesting solution may be on the horizon. The use of robots as caregivers is something that has gained momentum in recent years. To find out how Americans feel about the idea of robots providing care, the Pew Research Center conducted a survey.

Are Americans Ready for Robot Caregivers?

The survey attempted to gauge participant’s response to the idea of a robot caregiver by asking them to read and respond to the following scenario:

“Today, many older adults move into assisted living facilities when they can no longer live independently. In the future, people could be provided with a robot caregiver that would allow them to continue living in their own home as they age. This robot would be available 24 hours a day to help with household chores, test vital signs and dispense medication, or call for assistance in an emergency. It would also have conversational skills and could serve as a companion for people who live alone.”

The following is a snapshot of the results of the survey:

Please feel free to download our FREE estate planning worksheet. If you have questions or concerns about elder law legal issues, contact the New York elder law attorneys at the Law Offices of Kobrick & Moccia by calling 800-295-1917 to schedule your appointment.